Dear fellow poets and readers, I am truly honored to be invited to deliver this speech here. When I said it's an honor, I mean it. Pangkor Poetry Festival had been held for the 8th time now. I am still not invited. None of my poet friends were invited. In fact, I only found out about Pangkor Poetry Festival when I was researching for this event here. And I read about it in an article written by a Singaporean writer, Professor Chua Chee Lay.

And then there's Georgetown Literary Festival. Malaysian Chinese writers only began to get invited 3 years ago. So, are we, the Malaysian Chinese poets, being marginalized? I will attempt to answer that question later.

So, you see, I am sincerely honored. Because no official literary festival ever invited me before. It might sound like I care, well I do. But it's not just about me. I am envious to see Poetry Festival Singapore organized in this manner. So many poets writing in all four different languages gather in one place, where dialogues can flow. Where new sparks may happen. And more importantly, where new friendship can be forged.

I am here to talk about poetry performances in Malaysia and Singapore. Notice that I avoided the phrase Spoken Word or Spoken Poetry. I had to choose the word “performance” because throughout the years, various kinds of crossovers have been happening, combining different art forms with poetry, both in Malaysia and Singapore. Let's start with Spoken Poetry.

Spoken poetry has been around since ancient times. In Malaysia, from my observation, it began to garner public attention since 30 years ago, year 1988, because of a performance titled “Show of the Voices” (聲音的演出). It was started by two prominent poets, Poh Seng Titt and the late You Chuan. It was a very pure and simple poetry reading. The intention was to let poetry touch more people through the poets' voices. The theme was mainly about the political situation back then. Operasi Lalang happened. Activists were detained without trial under the Internal Security Act. Quite unexpectedly, more than 300 people turned up. They gathered in the open air space in Chan She Shue Yuen Clan Ancestral Hall under the moonlight, listening to poetry.

The next year, Poh and You Chuan toured around Malaysia with the show titled “Dong Di Yin” (動地吟). Inspired by a poem Wu Ti (無題) by Lu Xun (魯迅). A loose translation of the title would be “The Sound that Moved the Earth”. Musician Chow Kam Leong joined. He composed many songs using contempory poetry as lyrics. This wasn't exactly something groundbreaking. Taiwanese had been doing it for quite a while. Nevertheless, such creative work was significant because music helped make poetry more approachable to the general public.

Then, quiet. They didn't do another show for the next 10 years. 10 years later, in year 1999, the duo gathered a bunch of young poets, including me, and performed Dong Di Yin again. The format was largely the same. But the young poets would incorporate various “tricks”, techniques and props to enrich their performances. For example, I would stomp on the stage for added effect. Or introduce suddenly silence in the middle of a sentence. Or employ dialects. Or hum a tune. All these were inspired by You Chuan. He was a “crosstalk” (相聲) actor, and had often incorporate crosstalk techniques in poetry reading. His background in advertising also gave him the knack to dramatize his performances.

We toured the country performing more than 20 shows. More songs were written for the poems. Then, we stopped again for another 10 years. But something else happened. YB Dato Hon Choon Kim, then Deputy Minister of Education, was present in one of the shows. He would later launched the Annual Poetry Reading Competition among schools. The competition had been an important activity that promotes poetry among students, whether written or spoken, and is still going on now. Neverthelss, its format and contest regulations had become very rigid for the sake of “fairness”. For example, dialects and singing were restricted. In You Chuan's opinion, such rigidity hampered the students' creativity.

We thought Dong Di Yin was over. Fast forward 8 years to April 2007. You Chuan passed away. Heart disease. Poh was beside him at his deathbed. Poh told me You Chuan could still joke at the very last moment. But then, he left. Poh was nowhere to be seen at the funeral.

The same year, Anthony Meh Kim Chuan of Dua Space Dance Theater choreographed a modern dance titled Wen Qian (問簽), inspired by You Chuan's poems. You Chuan's recorded voice performance was featured. Poh saw the performance, and would later organized Dong Di Yin again. This time, we collaborated with Anthony. Anthony, being a professional dancer and choreographer, upgraded the artistic elements of our show. More professional singers and poets were brought onboard. More crossovers happened, combining music, drama, magic, even Yoga. We had a record attendance of 1800 people in the audience.

In year 2012, the same format was repeated but we played with different venues. We performed at Xiao En Memorial Park, in front of the building where You Chuan's urn resided. Other unique venues included temples and historical sites. We even rented a ferry and performed on the sea. Dong Di Yin has been the most prominent poetry performance in Malaysia, I have no doubt. But in retrospect, no matter how much waves we were making, it was, in my opinion, all occurring in a bubble. Tens of thousands had watched our show, but still, it happened in a small Malaysian Chinese bubble.

Poets live in bubbles. Maybe all people do. We look onto the outside world from these bubbles. Lights get inflected. Images distorted. We might have become be too contend with our “success”, and not be looking at the reality. It is important for us to reach outside the bubble, touch the bigger world and get a feel of how things really are.

Dong Di Yin was not without criticism. Some prominent scholars believed poems are not meant to be read, and such performances weakened the meaning of poetry. Some voices from the community of performance art said that our performances were too crude. What we had been doing was not art. Most of us simply brushed them off. But I do have my doubts. Are we imprisoned in our own bubble? When I perform my spoken poetry, how do I know it's a good performance? Am I sure? How can I be sure? Or was I just intoxicated by the sound of finger snaps?

In year 2014, we reached out. We brought Dong Di Yin to Taiwan, participating in their poetry festival. We received very positive responses from Taiwanese audience. It was somewhat new to them, because poets seldom collaborate and perform together. But how can I be sure that they were not just being polite?

In August, we had another show in Melaka. I began engaging younger poets then, much like what my Mentor, Poh, did in year 1999. I realized that if the show is to continue for long term, we need new blood.

December 2014, we performed in Singapore. Yes, we were here. If you didn't hear about it, it's because your bubble didn't intersect with ours. We collaborated with Re Dai (熱帶). The show was titled 林濤與海韻, loosely translated to “Waves of the Trees and Music of the Sea”. Xin Yu (辛羽), a Singaporean writer, was at Dong DI Yin. We talked and sparked the idea of performing Dong Di Yin in Singapore. We eventually made it happen at the Old Parliament. Both groups witnessed each other's performance styles. Our bubbles touched. Our paths crossed.

Then, we were a little quiet for 3 years. Meanwhile, in Singapore, something was brewing. From year 2015, Singapore National Arts Council had been working with Southern University College to organize the Southern Literature Tour. The objective was, according to Professor Wong, to promote dialogue between the two literary circles. I was one of the performers in several occasions. That's when I made more Singaporean writer friends, and would later be invited to perform in The Sound of the South (南方吟）in Singapore, December 2016.

In Year 2016, Professor Chua Chee Lay, Lin De Nan, and other writers were having a meeting. I don't know about you, in Malaysia, when we poets say we are having a meeting, it really meant drinking. Lin proposed that the year 2017 be named the Year of Singaporean Chinese Poetry, marking the 100 year historical milestone of Singaporean Chinese Poetry. Three major literature associations would jointly organize the events. Many other organizations joined in. Poetry-related events ran all year long. Many books were published. It was a huge success.

In those 3 years, I hungered to know more. I began to reach out more. I first knew about English spoken word poetry from Phil and Sarah Kay's TEDx performance. When the duo visited Malaysia, I had dinner with them. One key insight Phil shared with me was that spoken word became more popular because of Youtube.

I attended spoken word open Mic performances, first as a member of the audience. The first event was a cultural shock for me. The audience was passionate. Poets volunteered to perform. You see, I was from a Chinese education background. We never raised our hands in classes. We ducked from the teachers' line of sight as if it was laser. When we organized poetry related events, we usually had to drag performers on stage and beg people to come. How do they organize these shows every month, and have people pay to come?

Later, I became a English spoken word performer myself. I tried to write English poems. I made new friends, spoken word poets like Sheena Baharuddin, Melizarani, William Beale, etc. By making such friends, I realized that Dong Di Yin could not sustain. It has grown too big, complicated and “exclusive”. Before I “kill” it, we did another unusual performance in year 2017, combining theater and spoken word. Poets became actors. The dialogs were all poetry. It was a sold-out show with a total of 1200 people in the audience.

For Mandarin spoken word to grow, I believe we need smaller, regular events, like what the English spoken word community has been doing. Such platform will provide additional performance opportunities for performers in school competitions. Furthermore, they will have a chance to mingle among themselves as well as with established poets. Poets will also have a chance to sharpen their showmanship, and perhaps find new readers.

Were we marginalized, then? Yes and no. Our government policy does not encourage the growth of Chinese language. But strictly speaking, we are not alienated either. We just have not been reaching out and making ourselves known.

Reach out. Make friends. Sometimes, you can't be there in spirit. You gotta be there in person. 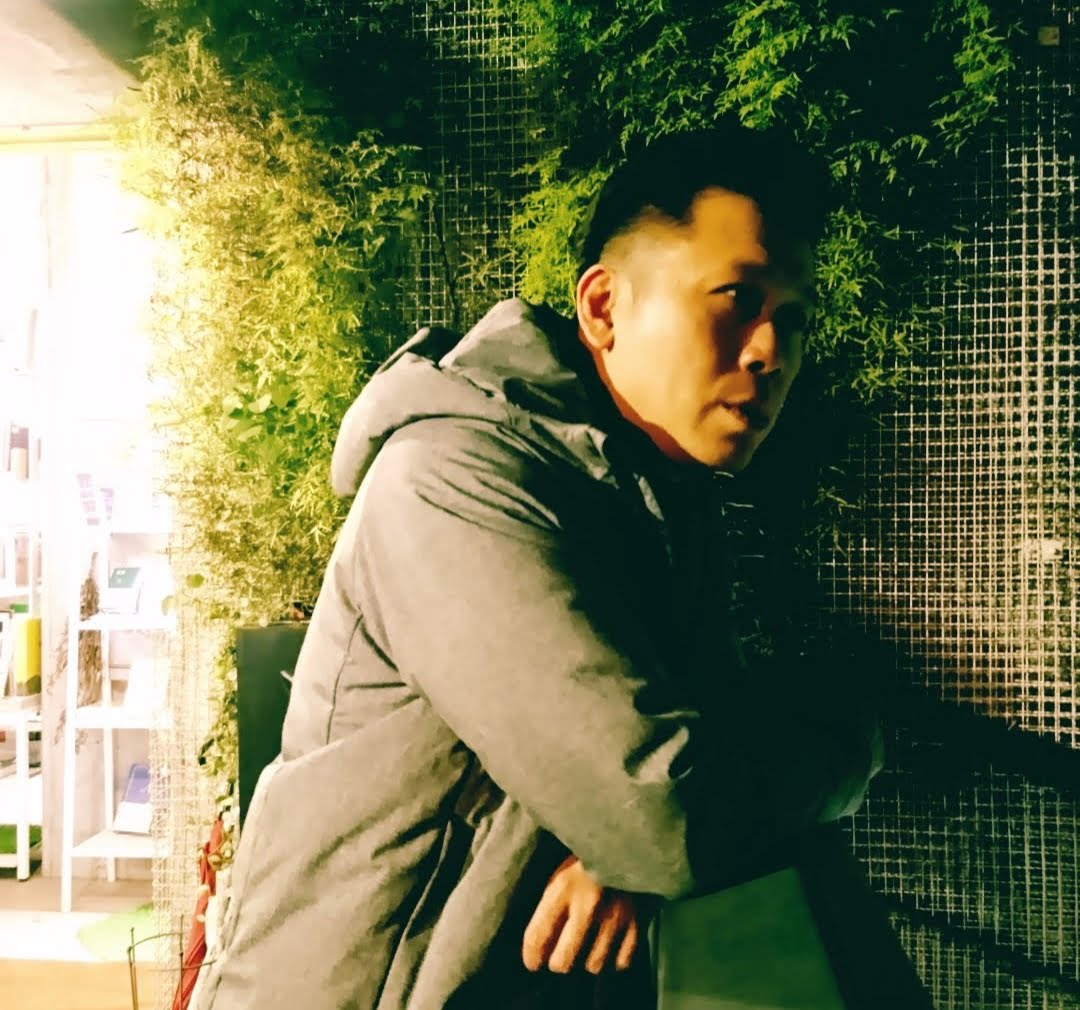 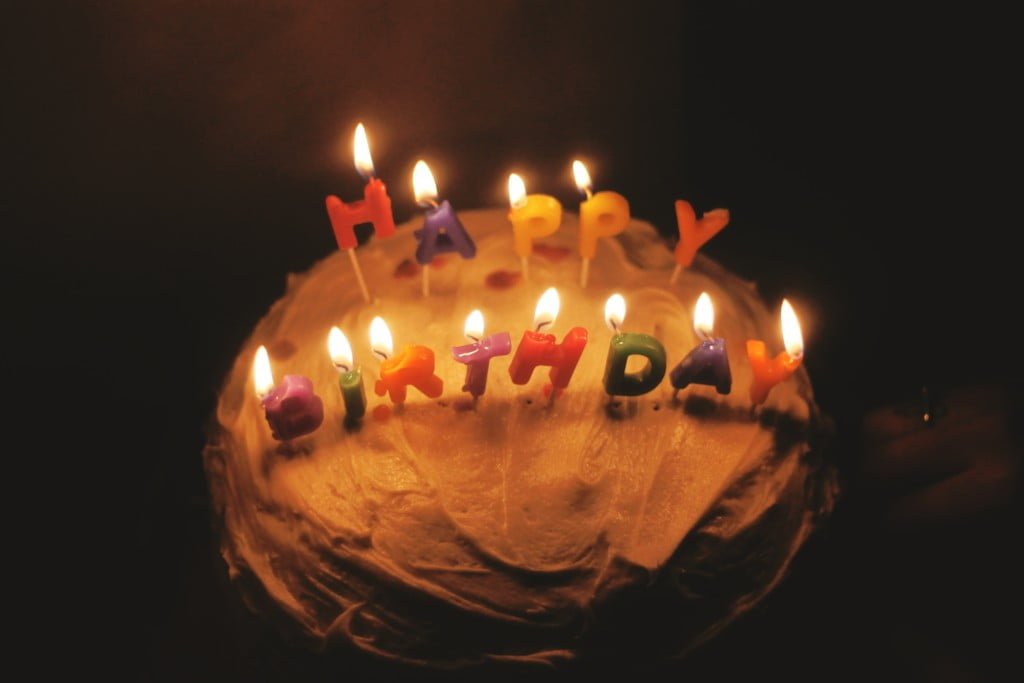 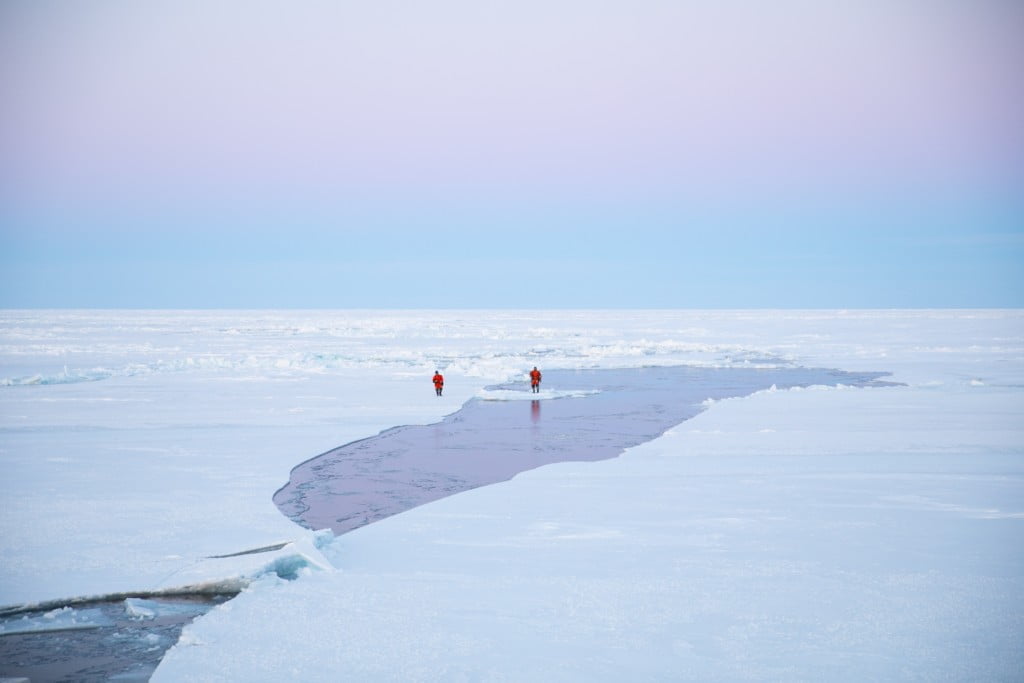 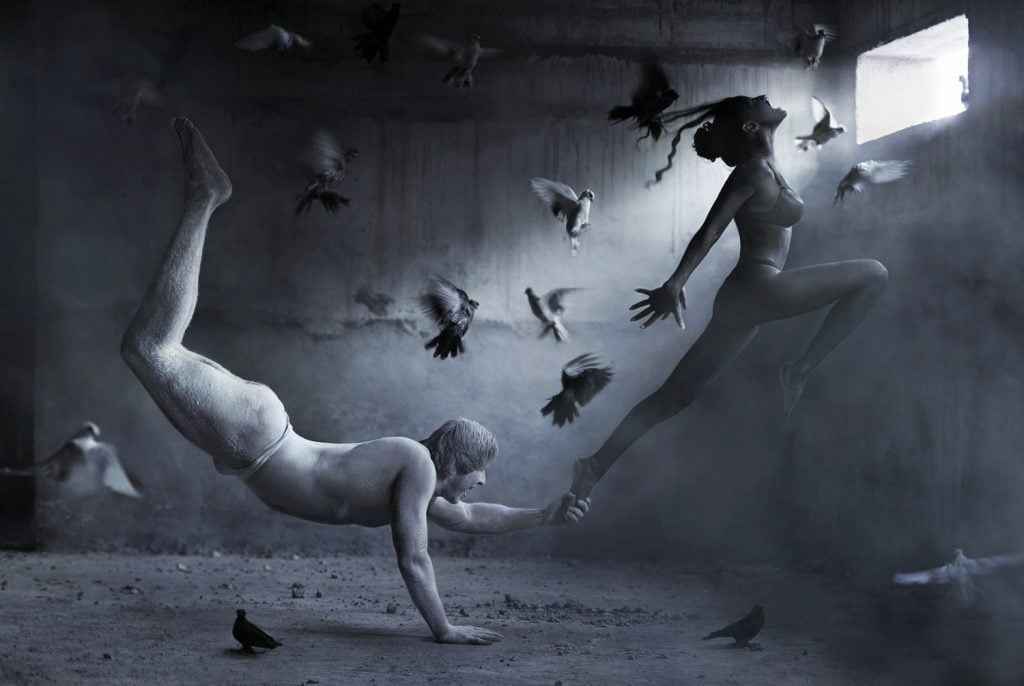 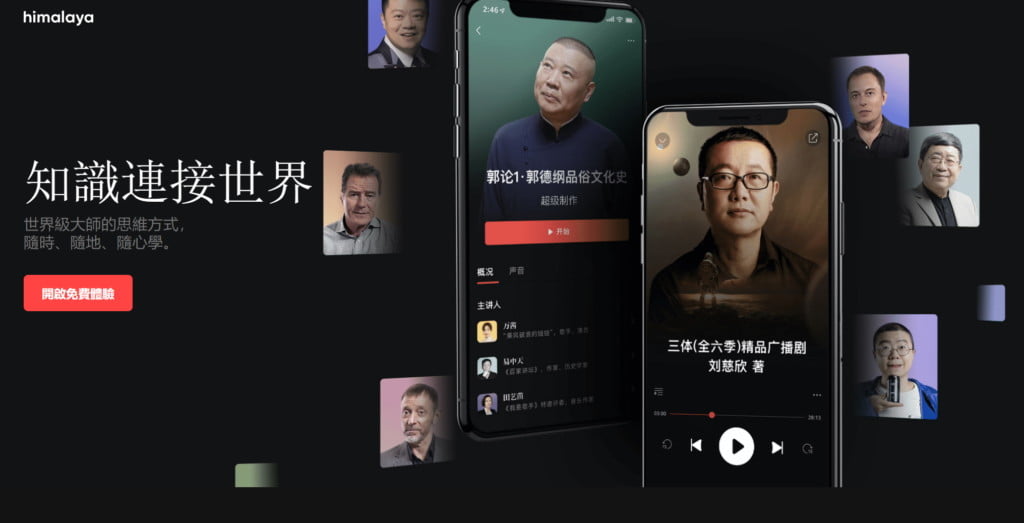