Wan Lin jokingly asked whether I have other car makes to insult, after reading my previous blog post lashing out at the Honda CR-Z and certain Porsche drivers. Little did he know, I was in depression, because some Porsche driver just stole a girl of mine from my Megane. Now I’m left with 3.So I’m going to rant. I guess I should start with the Renault Megane. Since I am a owner too, I guess I could hentam any other makes after I hentam my own kind.

I have been wondering what “RS” in Renault Megane RS means. Acronyms for cars, GTR, for example, can be rather obscure. Like,

Mazda RX7, RX8, what’s RX? My prime example has always been the Subaru Impreza WRX STi which I owned once upon a time. Two acronyms. Three if you include JDM. I get STi, but what’s WRX? I think the marketing departments just got lazy and threw some 3-legged mammals onto the keyboard, then took whatever that came out.

Nobody really cared. But we should. We’re spending tens of thousands on a car. Let’s say you’re getting married, effectively throwing your life away, would it be OK if your wife insists that her name is just R. S. Lim?

So, could RS mean Renault Sports? Or maybe “Race-Spec” since the acronym appears in other car makes as well? I know for some slow drivers in Porsche RS, it means Really Siasui. In a Renault, it could mean Really Sad.

As great as the Megane is, there’s a sad perspective. Let’s face it, we are getting a Megane RS most probably because we cannot afford an M3, which is a spectacular car that does everything the Renault could, only better and classier. And it’s rear wheel drive. Furthermore, many of us secretly long for a Porsche, but cannot because we have responsibilities. We need to ferry parents, wives and kids around. We envy the care-free souls in a Porsche. (I am talking about the 2-seaters, not the pretentious Porsche Para-niamah, which is a sad dilution to the brand). So there’s a sad side to owning a Megane. We compromised. Cest la vie.

So by choosing to own a Megane, the choice tells a lot about your character and background. The same goes with other car choices. For example, if you own a national car, you are among the victims of our national automotive policy, which was drafted by wolves. Money is not enough by every month end. You work hard to earn more, but are not sure you’re getting anywhere.

Owners of Vios, City and the likes are respectable because they had been working so hard to upgrade from the national car. Money is still not enough by month end, because they are just not so smart financially. They should’ve stuck to the national car which worked just fine, and waited a little longer before getting an even better car. Later, the “I-want-a-better-car-NOW-but-not-enough-money” syndrome sets in. They would lose all peer respect when they begin installing GT wings, splitters and neon lights. Dear Ah Bengs, Vios is not a go-fast car. You have just reduced yourself to Mat Rempit level, you know, those silly souls crouching on the kapcais going all out at a mere 105kmh. You are now a Car Rempit.

If you drive an MPV, you are probably over-productive in some departments. And your mom-in-law is still alive. You have trained and become immune to noise — radio, DVD, tablet game chirps, children crying and wife nagging all at the same time. When they mention “fun” in the Honda Stream advertisement (a lie), you have to look up the dictionary.

If you own a hybrid, you never like to drive. You just want to get from one location to another at the lowest possible cost. But money is still not enough by the month end because you are still not smart financially. Because the extra RM20k you paid for the car could’ve gotten you extra 100,000km. You would buy plastic flowers for your girlfriend, if any, because they are cheap and last forever. You don’t really cared about the environment. (Nobody really cares anyway). You never told anybody your dark secret, that the real reason you’ve gotten a hybrid is that the dashboard feels like a Playstation game.

I can never see myself in a Benz or BMW sedan. You see, the only reason you buy one is to show that you can (or you can’t, but you are into MLM). It’s a statement that says, hey, I have achieved so much in my life and I have absolutely no idea what I want. Let’s get a Benz for starters. It’s like announcing to the world: I am aging.

But Benz and BMWs are still better than Camry and Accords. At least the continental car owners care about self image somewhat. If you drive an Accord, chances are, you are balding, probably as a result of workplace stress. You probably have a hard time seeing your own toes when standing, and sex life either means Bangkok or non-existent. You want to appear successful, but are either unwilling or unable to shell out just a little bit more to get a Benz C class. You also worry about maintenance. So the stingy old uncle in you settles for an Accord (probably after considering several Korean makes).

In another dimension, some people would pick the Jaguar. These are people who actually think Jeremy Clarkson is handsome, and snobbish British jokes are cool. They want to appear different from the pack even at the risks of being foolish. I know, because I owned a Jaguar XF. It can’t be any worse. At the absurd price you’re paying, you don’t even get folding side mirrors. You don’t get bluetooth audio. You don’t get keyless entry. The car delivers 200hp but is as heavy as a lorry. The engine and exhaust noise is spectacular, and that’s all I got for a while because the CD player jammed. One month down the road, the cool, folding air-con vent got stuck. Six months later, the car was recalled because the manufacture found the drive shaft faulty. Before reaching one year, it had to be towed simply because the media-attention-grabbing round gear knob refused to rise. It drank fuel like the fuel tank was leaking. For a slightly lower price, you can get a BMW 5 series with way more features, better reliability and efficiency.

I almost got the Lexus before settling for the Jaguar. Like my friends said, I am gullible. Dress up a Toyota, put on a new badge, and double the number of buttons on board. There, price doubled. I almost fell for that. Next time you see a Lexus driver, sell him a mug. Tell him the mug is RM1,000 because it has been blessed by virgin urine. Even tell him that virgin is your mom. He’ll probably buy it.

If you own a Mini, you’re not a man, or you just don’t realize it yet. I know, because I had a Mini Cooper Cabriolet. It’s one of the best cars I have ever owned. Reliable, practical, agile, and fun. Then I realized I gazed at Wolverine posters a wee bit too long. I gave the car to mom. Later I realized that I wasn’t gay. The Mini just brought out the boy in me.

Almost all Smart owners eventually long for more power. Some moved on to Volkswagen. I got a Subaru. The only reason anybody buy a Subaru or Evo is to go fast. Boy racers, if you would. These are the people who would tailgate you, coaxing you into a street race. Then they down teh tarik and roti canai at mamak stores bragging about how many cars they have conquered. Oddly, all their girlfriends are named Ah Lian.

Volkswagen, ahh, and Audi. Great cars. I think the owners reflect the same German seriousness. Apart from the Audi R8, and maybe the Scirocco, you can never look at one and feel anything. You see 4 wheels and a boot, and that’s it. Highly capable and functional. These are the people who analyze the stock market to their dates. They can numb your mind faster than alcohol at a cocktail party. There are exceptions, of course. Those exceptions own a second car like Lotus.

Lotus, ooooh, Lotus. Whoever gets a Lotus gain my immediate respect. They are drivers. And they know they are. For what other reasons would you get a car that leaks from day one, has a disclaimer sign inside that says it WILL leak, and can never be rectified? (Never, I know, I had one.) Lotus only does one thing perfectly, i.e. delivering the most intimate driving experience. The rest is rubbish. You don’t even get the space to store your SmartTag. No women would ever want to squeeze into one. Whoever gets a Lotus must have had so many women that they don’t care any more. Lotus drivers get all the respect.

But I traded my Lotus for a Renault Megane “Really Sad” 265. Cest la vie. One gotta grow up, and there are compromises. Some day I will get back my Lotus. So you can’t totally judge me by the car I own now. Because in my heart, I always drive a different one. 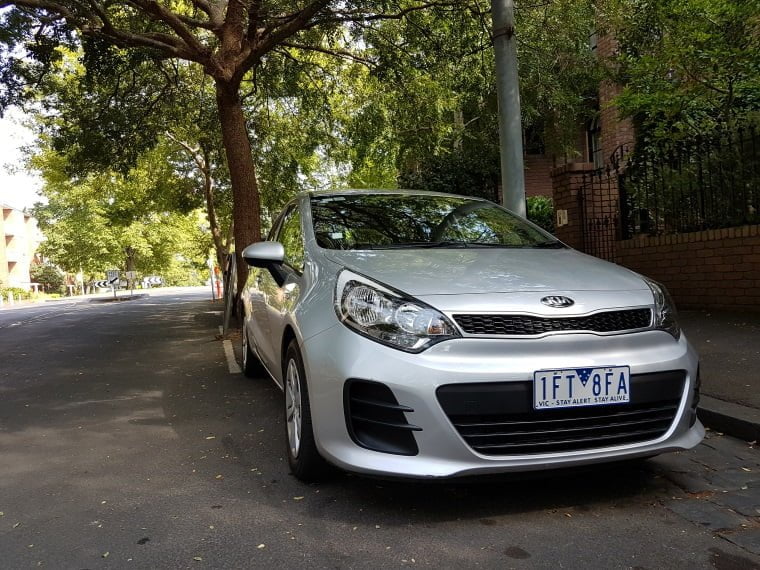 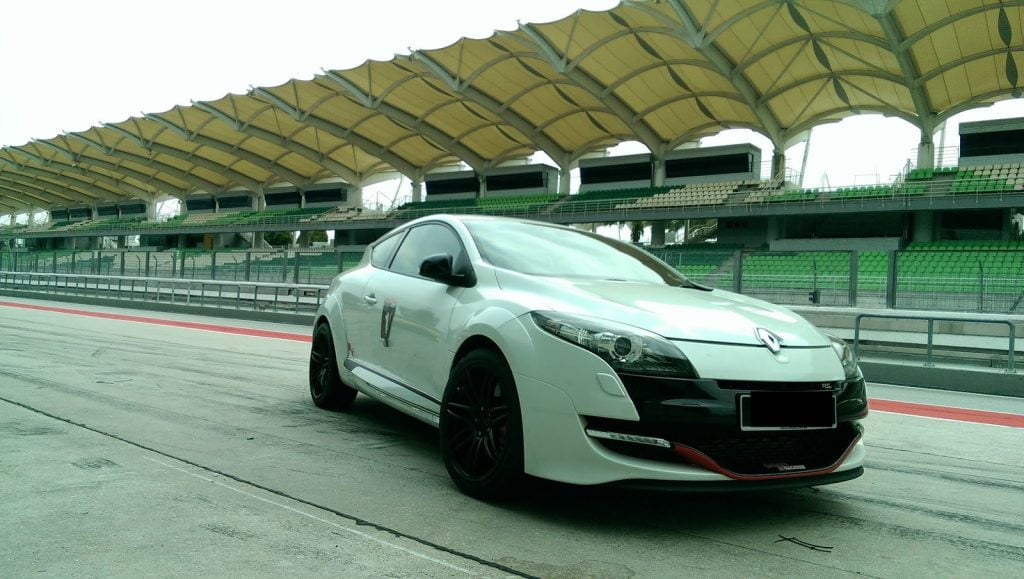 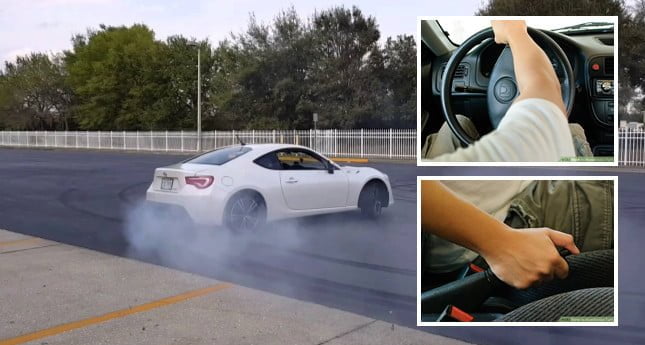