I squeezed through the crowd and checked the score board.  This was just the end of the second time run — 67.47s.  A Camry was one second faster than my Roadster, 66.37s.

“How can I lose to a Camry?”   There was but one more timed run.  I had to get that second back.  I went through the track again in my mind.  I knew my weakness was at the 360 turn.  In my initial planning, I decided not to use the handbrake because I was not proficient with it yet.  The risk of losing control was too high.  I thought perhaps I could carry more speed into the turn, and trail brake to induce some oversteer so that I could get around the pylon swiftly.

I knew already that my Roadster tends to understeer when braking and turning at the same time.  For some reason, this little fact just escaped scrutiny.  Or perhaps it’s my wishful thinking that the car would oversteer somehow.  I drove smoothly all the way, believing I was going to “make it”, until I reach the 360.  I charged it, braked, turned and saw a massive understeer coming, worsened by the gravel carpet.  I had to brake to a full stop so that I would miss the curb.  What’s even worse, the car display showed the first gear was engaged, but stepping on the throttle didn’t move the car, as if the gear was in neutral.  It was like the ECU decided that I should calm down for a while after that emergency braking.

“I’m in a competition, damn you!”  As if the car read my mind, I stepped on the throttle after a pause, it started moving again.  Nevertheless the time loss was catastrophic.  I did 77.25 in the run.  The Camry maintained its performance at 68.18s.  I was so disappointed.  “Never mind, it’s my first time at autocross.”

As I was ready to go home, the organizer announced that there was enough to time to allow a fourth timed run!  I was ecstatic!  I had one more chance!  I summoned everything that I have ever read — “sometimes you need to go slow to go fast”, “smooth is fast” and decided to brake even more at the 360 turn.

I launched the Roadster, braked late at the ball breaker turn (much later than many other cars ), negotiated a tight S turn, slalom, and came the 360.  I slowed down to a crawl.  The Roadster did a reasonably tight turn despite the gravels.   I charged in to the final sweeper.  “Damn!  The entry speed could’ve been higher!”  And then came the finish line.

I anxiously checked the results.  I did 66.37s!  It’s a tie with the Camry’s fastest time.  The Camry driver was standing beside me.  Not realizing that I was the Roadster driver, he yelled: “Not fair!”  Later, I realized that because my second fastest time was better than his second fastest time, I won second place in my class!

The first place went to a Toyota MRS 1800cc, doing 62.22s.  The Camry driver won third place.   I later discovered that he won thrid place in another class with another car too.  So he must be pretty good at driving.  That explained a fast Camry.

Why I Didn’t Really Win

At first, I believed I was put in the wrong class.  My 700cc car was competing with a 1800cc MRS and 2100cc Camry.  But in retrospect, the smart did stand a chance.  The weight-to-power ratio of the MRS is about 7.74kg/hp, and smart’s was 8.89kg/hp.  The MRS had almost double my horses, but it’s also 210kg heavier.  The time differences could have been smaller.  I regret being too lazy to remove the boot liner and a few more detachable items to lighten the car.  The most unforgiveable sin was that I failed to lose more petrol and the windscreen washer fluid, despite having planned for it.

The Roadster should have done much better than the Camry, at least by 2 more seconds.  Camry has a weight-to-power ration of more than 10.  I am getting at a simple fact:  I am an average joe driver.

I was placed in a Class D, cars of 2100cc to 2500cc, or any two-door coupes.  Due to the oddness of the cc capacity, there were only 4 partipants in the class — MRS, 2 Camry and smart Roadster. Originally, I selected Class A, i.e. cars with less than 1300cc.  Had I been placed in that category, I would be totally crushed.  Out of the 10 parcipants in Class A, my time would place me at 7th position.  The first position driver used a Wira 1.3, doing 63.04s.  The rest of the cars that did below 66s were Kelisa 1000cc.  One of the lady driver in her Kelisa 1000cc AUTOMATIC was half a second faster than me.  So where’s the glory in getting 2nd position in Class D?   🙂

I know, deep in my heart, that the Roadster could have “easily” give me another 2 seconds.  I “could’ve” pitched that turn a little harder and taken a better line here and there.  But I didn’t — I am just an average joe driver

Some things I found out, or reconfirmed.

*  Braking and turning at the same time, often lead to understeer for my Roadster.  (I wonder how it’ll behave if I brake lighter)

*  Ladies in sports car are cool.  One beautiful lady drove a Silvia S15 with pink rims.  And she could really drive.

*  Drifting is cool.  It can be fast too, but probably not the fastest.  You get people cheering though.

*  Handbrake turn can be the fastest way around a 360 turn IF done with precision.

The brutal fact is, above 1300cc almost all cars performed better than my smart Roadster.  Horsepower does rule, in this sense.

I think I will participate in a few more autocross.  Maybe take a course or something.  It’s interesting to develop a little more car handling skills.

This morning I charged out of a wide corner, purposely running over a patch of gravels.  The car went sideway, I maintained throttle and drifted for a second, before the ECU (was supposedly off) caught me back.  With a big smile on my face, I drove off. 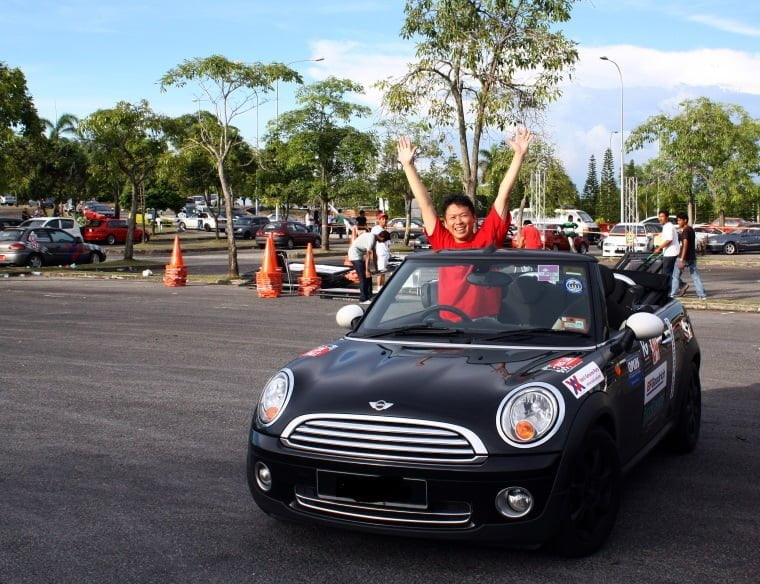 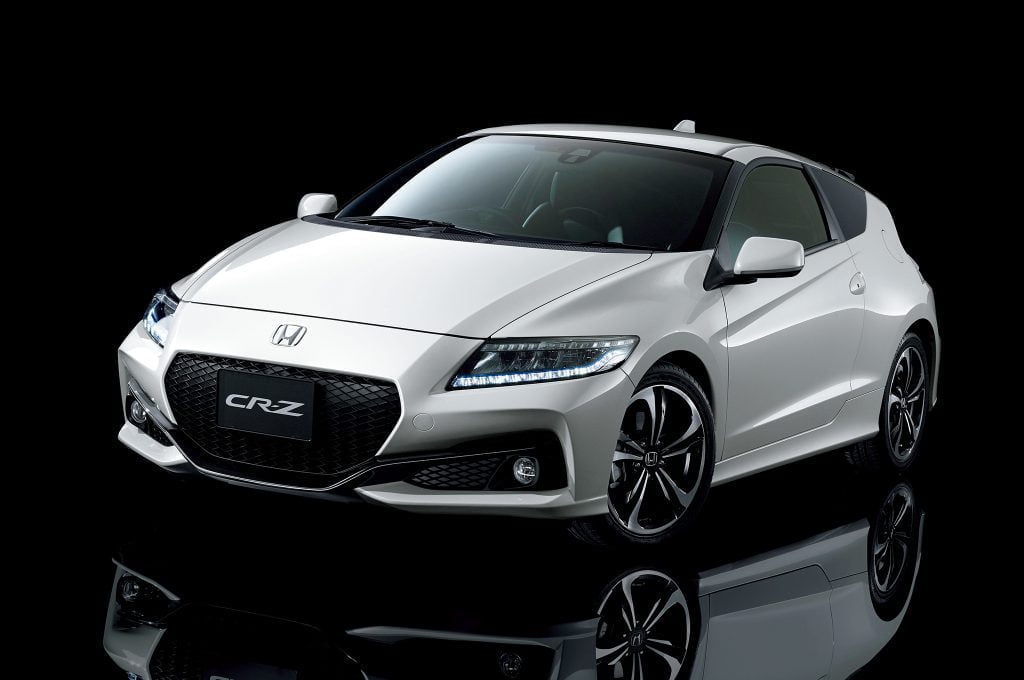